The Venice Community is holding a Candlelight Memorial Service for her on Monday, December 14th, 6:00PM at 1660 Electric Ave., Venice, CA.

Now that the Venice Canals are lit up with sparkly Christmas Lights, it’s time for the 28th Annual Venice Canals Holiday Boat Parade!

This Sunday, Dec. 13th at 4:00pm go to Carroll Canal and Eastern Canal and watch the costumed boaters make their way through the canals. For more information on the parade route and contact information to enter your own boat, head over to Voice of the Canals. 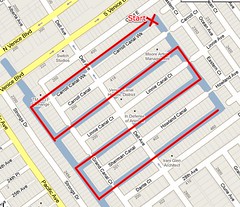 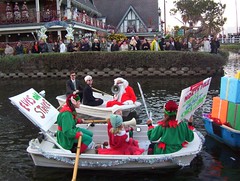 Head over to 2500 Strongs Drive today at 11AM to celebrate the Groundbreaking Ceremony for the Venice Beach-Venice Canals Coastal Access Path.

The proposal was put forth in late 2006 by the Coastal Conservancy to fund this $100,000 project and to be run by the Venice Canals Foundation. The path will go through two city-owned properties, one located between 2420 and 2500 Pacific Avenue and one between 2420 and 2500-2502 Strongs Drive.

Today the path between the beach and canals is fairly unsafe with uneven ground and debris and isn’t wheelchair accessible.

As a resident I hope that they also work on the crosswalk to get across Pacific Avenue because that becomes quite busy.

UPDATE: I attended the groundbreaking ceremony. This proposal took five long years and there were a lot of dedicated folks involved including the City of Los Angeles, Venice Canals Foundation, and Coastal Conservancy. I asked about the crosswalk and a request has been put in to move it from Pacific and 26th to Pacific and 25th. 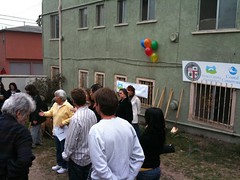 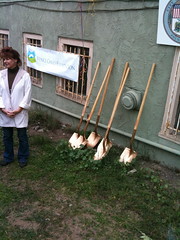 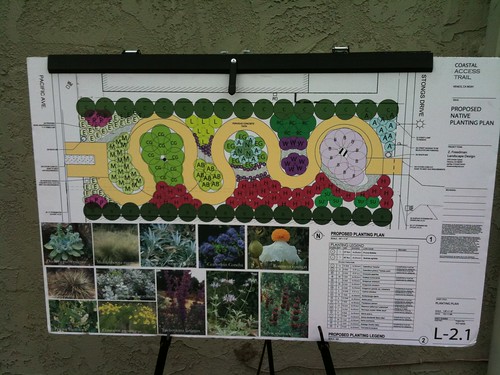 On the first Friday evening of every month, the retailers on Abbot Kinney in Venice host “First Fridays”. The idea is for patrons to stroll along the sidewalks with a glass of wine, chat it up with strangers, and patronize the businesses.

I have gone a few times now and last night I was in shock. I didn’t do an official count, but there had to have been at least 20 Food Trucks lining both sides of the boulevard and even a makeup truck! Don’t get me wrong, I’m a huge fan of the gourmet LA Food Trucks and eat at them often, but I saw more people checking out the trucks and lining up for food than actually walking into the stores which were pretty empty. I can also imagine being a store owner and cringing as someone with a greasy samosa or dripping philly cheese steak came into my store and started fingering my wares.

The street wasn’t very crowded now that we are past the tourist season, so I wonder if the trucks are more of a draw than the businesses, which is a good thing if it’s just getting people to the event.

I’d love to hear what others that go to the event think and especially Abbot Kinney retailers.

Walking the Venice Canals is romantic on any occasion with the eclectic architectural delights and myriad of chatty water fowl. This historical European inspired community tucked away in the middle of Venice is about to up the romance this weekend because twinkly lights are per amore.

Residence of the Venice Canals are hosting their Seventh Annual “Twilight Bridge and Holiday Party” this Saturday, December 5th, from 5:00-7:00PM. Gather at the Sherman Canal Footbridge (212 Sherman Canal) with your favorite dessert to share and provided refreshments of hot cider, cocoa and mulled wine. The bridge lighting will happen right at 6:00PM so don’t be late!

For more information, head over to the sponsors website – Voice of the Canals. 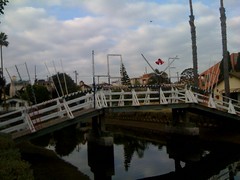 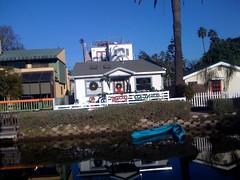 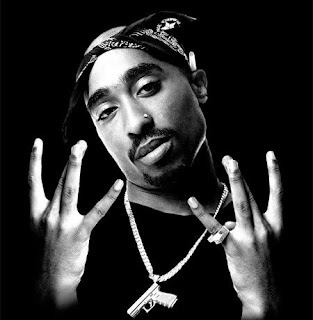 All of my life I have lived on the Left Side. From Vancouver to Seattle to San Francisco (where I started writing for Metblogs), the Left Coast has always been my home base. When I moved to Los Angeles I made no exception and chose to make the Left Side my home. I live right on the beach in Venice, the closest I have ever lived to the ocean, but I have never resided further than a mile away from it as I start to feel claustrophobic.

My interests focus mainly around anything worthy of my energy to walk or bike to, animals great and small, music (I work full time as an Account Manager at Topspin), and soon kids as I am expecting my first bambino in February.

I want to make it clear that I’m not a west side snob and do in fact make it over to other parts of town especially to Arc Light, but I’m pretty sure the other writers have that side well covered.