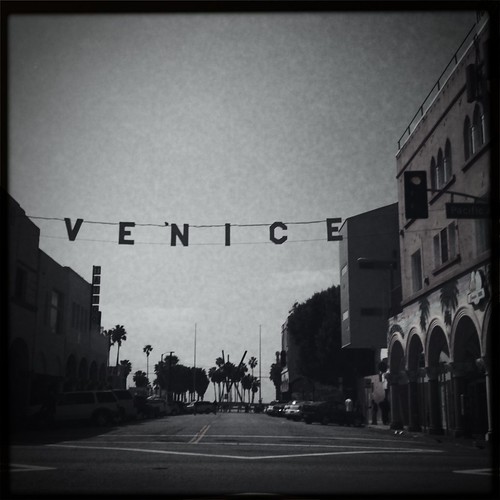 Venice has always had a history of being the shady part of the west side. This isn’t news to anyone who lives there and honestly it’s that grit that attracted many of them there in the first place. But there’s a difference between a neighborhood that is a little rougher around the edges and one where you don’t feel safe in your own home. Due to an extremely cut back police force covering the area and a growing homeless population, increasingly, the latter is exactly how Venice residents are describing the situation.

You may think I’m over hyping things but if anything I’m playing them down. For four weeks now residents have been organizing a letter writing campaign where they are literally begging the Mayor, Councilman Rosendhal and many at the LAPD to please protect them. On Friday local site Yo Venice posted an open letter from a resident named Steve who was threatened by a homeless man at his own house:

…This man was trying to sleep behind our gate at our front door. I heard him trying to no open our front door to get inside our home. I was holding my baby. I confronted him to get off my properly and he then threatened to kill me… looked at my baby and told me he would kill her too. He claimed that the house was his. He took a swing at me as I stepped back away from my properly. He kicked our gate over and over as hard as he could…

Steve called 911 and after 45 minutes the police eventually showed up – which is actually an improvement. You might recall Tara posted on Metblogs in December about coming home and finding a homeless person blocking her entrance to her house. Her call to the police for help resulted in no officers ever coming by – even though this was only a few weeks after a Venice resident, pregnant with twins, was raped and murdered in her own home by a transient who just happened to pick her out.

With no one to protect them and a situation that is seemingly getting worse, if the LAPD and local politicians don’t do something to help soon they shouldn’t act surprised when residents are forced to take protecting their own and their family’s safety into their own hands. This situation can only get worse or better, which is it going to be?

17 thoughts on “Venice Residents Have Had Enough”