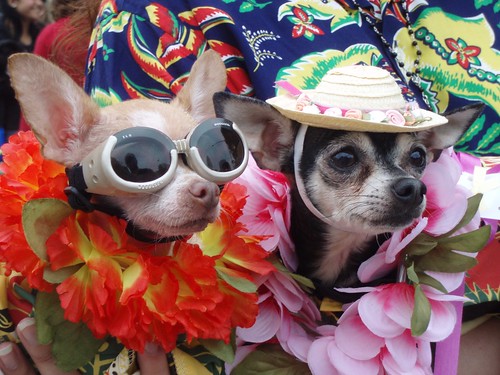 Olvera Street’s 79th Annual Blessing of the Animals — otherwise known as a really good excuse for a couple margaritas — will be happening today at El Pueblo de Los Angeles. Festivities are scheduled to take place between 12 – 5 p.m. with the eclectic processional starting at 2 p.m.

This’ll be the sixth year my wife Susan and I have attended this awesome Los Angeles tradition, willingly putting our agnosto-protestant asses out there to get burned by the residually sprinkled holy water flung by Cardinal Roger Mahony at our Russian (but not Orthodox) tortoise Buster, who has once again been elected to begrudgingly and curmudgeonly serve as ambassador for our two dogs and four cats. After getting doused we will most likely adjourn to La Golondrina to indulge in the curative and restorative powers of tequila.