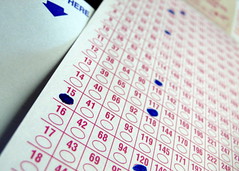 Apparently, today is Election Day here in Los Angeles.  I know, already!  We are voting for a variety of citywide offices, chief amongst them: Mayor of our fair city.  Whether you’re in the anyone-but-Antonio-camp, the maybe-Walter-Moore camp, the reluctant-but-firm-Antonio camp, or the have-nothing-better-to-do-during-my-lunch-break camp, here is a roundup of my favorite quotes from the top (all-male) mayoral candidates.  These may or may not sum up their entire campaign or raison d’etre for running.

Regarding his aspirations for the Governor’s office, he has a short-term view of the situation, and hopes that residents will be similarly myopic:  “I’ll look down the line at other opportunities to serve the public but for now, I’m running for re-election.  I’m focused on this job.”

So many choice quotes, so little time.  Ultimately, I decided on this gem in which he channels John Stossel and warns of the slippery slope that is Spanish advertising in LA:  “You better get a GPS to make sure you’re in America’s second largest city.  We’ve gotta fix this; we’ve gotta make LA an American city once more.”

The rest of the candidates, after the jump.

As a well-known community activist, Zuma Dogg attends every City Council meeting like he was jonesing for a Perfect Attendance Award.  His review of a Jack Weiss election flyer characterizes both his anti-establishment cred and street-level analysis of pertinent issues: “Crime is down and rape has dropped by 14%, murder is the lowest in 40 years.  So, I guess that’s why you should vote for Jack Weiss.  What the hell did he have to do with any of that?”

His claim to fame is that he is only 22 years old and already is: (1) running for mayor and (2) a member of the Party for Socialism and Liberation.  Perhaps more importantly is this confirmation that hatred of the police department and love for the fire department is pan-political:  “The LAPD already gets nearly 50% of the city’s budget. This is an outrage. With a record of racism and violence, I believe the LAPD should not get another dime. My campaign calls for community control over the police, with the creation of an all-elected civilian control board.  I do support city firefighters and their demands for raises and increased benefits.”

Mr. Jennerjahn doesn’t agree with the Mayor’s complicated gang policy: “People end up in prisons because they make poor choices and because of bad parenting.  We don’t need a nanny state.”

Another Socialist in the mix is James Harris.  His idea is to revamp our educational system, with an eye towards deconstructing – or encouraging? – class warefare.  The upshot is that there will be no petty power grab of an entire school district like certain incumbent mayors: “The purpose of education in class society is not to educate. It is to give ‘the educated’ a stake in thinking they are going to be different than other people who work all their lives. The schools in working-class districts are organized to teach obedience, not to educate.”

I like this guy, but he runs his campaign like a political science class simulation of What Sounds Like a Good Idea, But Doesn’t Actually Work.  His discussion points are somewhat substantive but ultimately incredibly rote and boring.  He has a discussion here about public safety, but my favorite is this off-the-cuff statement regarding the Mayor’s no-show at the mayoral candidate debates: “I am honored to be here with everyone here, and I don’t need him to complete me.”

Information on all the candidates can be found at the Smart Voter guide.  Find your polling place online using the county registrar’s Polling Place Locater & Sample Ballot lookup tool.