Ok, I’ll admit, I wrote one of these bad reviews for El Coyote on Yelp.

But I really thought this place was only worth 2-3 stars in the first place, so it’s not like giving them a 1 star review over the whole Prop 8 thing is a huge stretch.

I took this screenshot a few days ago.  My favorite is the “Rating over time” chart on the right. 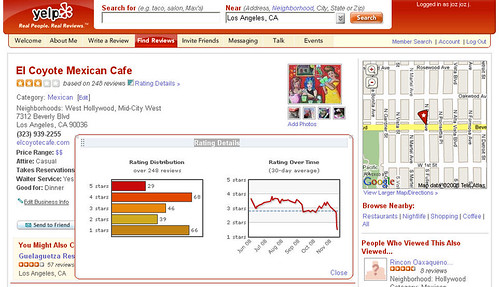 It kind of tickles me, actually.