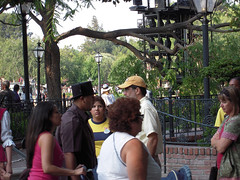 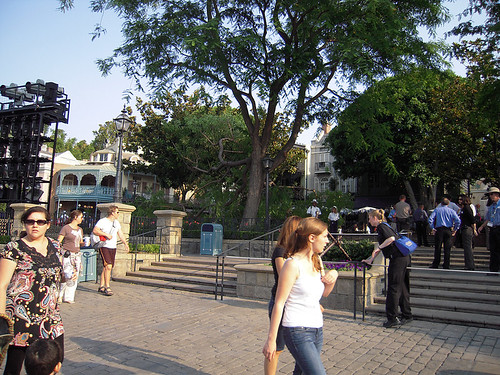 All the rigs and lights and stuff were still being set up for the Fantasmic light show. A little tree falling can’t stop the magic! 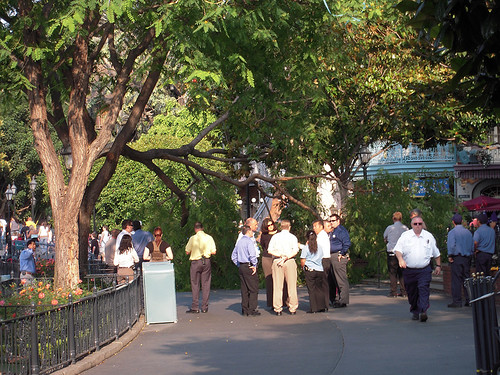 There were lots of people on hand to stand around and look at the downed branch. 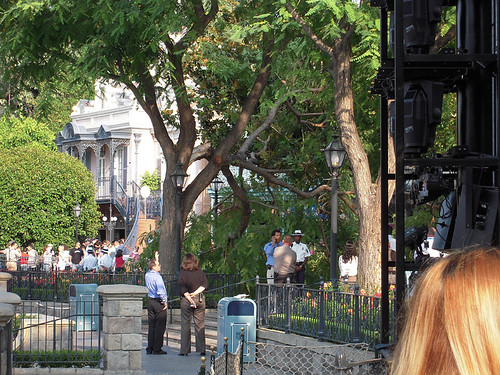 We weren’t on hand to witness the actual event, but we could overhear some eyewitnesses discussing what they saw… Apparently, two chipmunks had stolen some apples from a rather large duck. The overlarge drake gave chase up the tree, but the clever rodents set a trap by leaving one of the robbed russets on the end of a branch and chomping through it’s base when the furious, web-footed bird ran to reclaim it’s edible rose.

The duck is fine, but it seems his sailor hat suffered an irreparable tear.

9 thoughts on “If a tree falls in Disneyland, does it makes sound?”