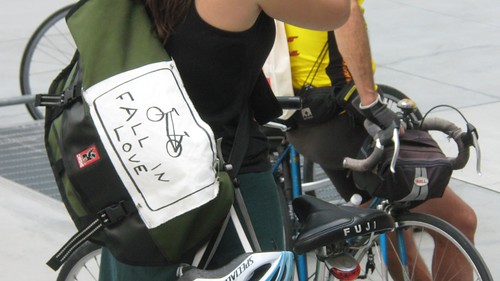 As you may have heard this is officially Bike To Work Week and as part of the celebrations and vast gala events the Metro held it’s annual Bike To Work Day activities today. In part because it’s kind of amusing this is sponsored by the Metro who aren’t the most bike friendly people in LA, and in part because work sucks, and in part because bikes are awesome, a group of folks decided to throw a concurrent event called Bike Instead of Work Day. And even a few more decided that “instead” wasn’t enough, it should be Bike Against Work Day. I mean really, who wouldn’t rather ride bikes around all day instead of going to work?

After the jump are a bunch of pics giving a little bit of a play by play how it went down, at least so far…

We started off near Western and Hollywood very early on, and mostly locked our bikes to things and stood around for a while. 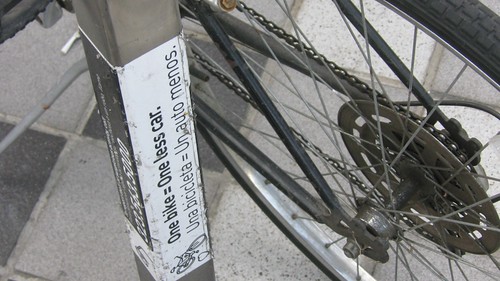 Then a bunch of people signed the Bicyclists Bill of Rights, and we rode to Echo Park where we met up with more people and they signed it too. 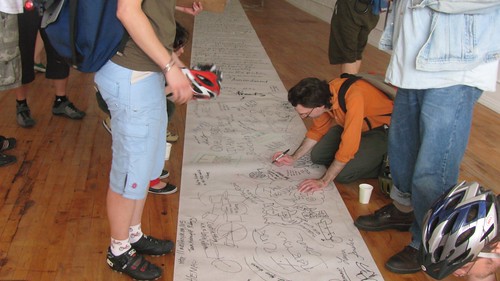 Then we rode down to city hall where the giant petition was hand delivered. We also stood around for a while. 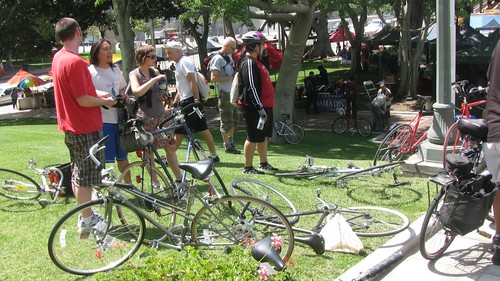 After that we went over to the Caltran building where all kinds of Bike To Work Day events were going on, including a security guard telling everyone they were not allowed to ride their bikes there. It was a well thought out event obviously. 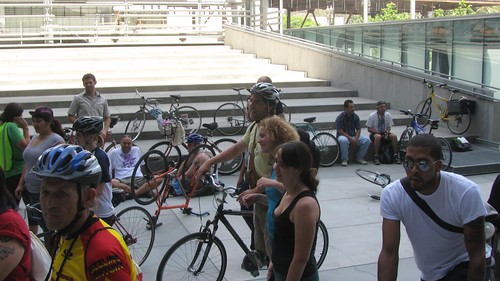 Their refreshments kind of sucked, so we took off and went for other options. 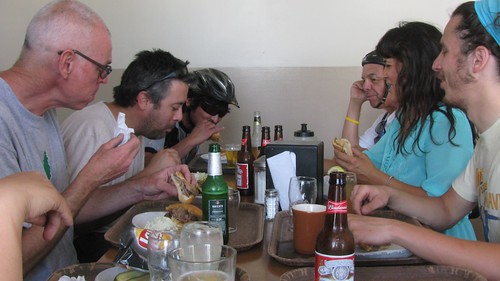 After filling up on sandwiches and beers we headed out to the 110 Bike Path because we had an awesome idea. 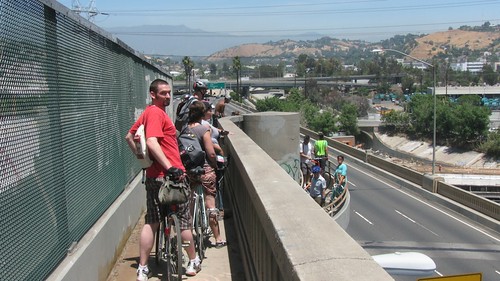 And decided to cheer on the people in cars at the 110 / 5 split. It was most amusing. 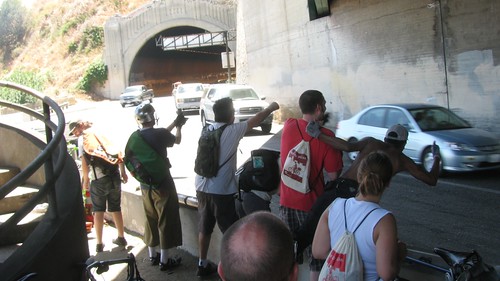 For about a half hour anyway, then we just rode around for a while and when everyone went looking for even more beer I rushed home to post this and fill you all in, as I knew you were anxiously checking the site all day for the update on it. My full flickr set of photos is online here. Enjoy!

2 thoughts on “Bike To (against) Work Day Report”