Last month a group of cyclists calling themselves The Crimanimalz took to the freeways in a daring demonstration showing exactly how inefficient driving a car in Los Angeles can be sometimes. They rode their bikes on the freeway. I said then that this move was equal parts stupid and awesome, and stick by that. Yesterday, they did it again…

And there’s also now an entry on the ibikeyou wiki documenting this, what now seems to be reoccurring, display of fed-up-ness. Also as can be seen in this thread on Midnight Ridazz, it seems regular bikes were joined by roller bladers a one incredibly tall bike. Possibly with some kind of head mounted camera (that footage does not seem to have been released yet).

Shocking events for sure, what will happen next time?

Pic by alexbcthompson full set here. UPDATE! A few more pics and a brand new video after the jump. 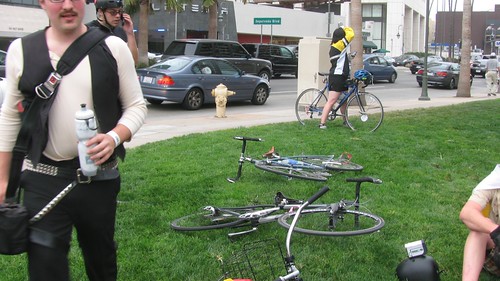 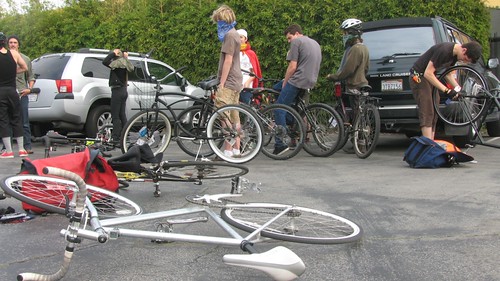 37 thoughts on “Bikes On The Freeway, Again!”