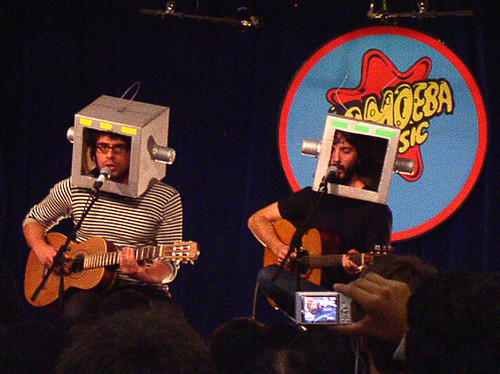 Despite a misbehaving DG-20 and some forgotten lyrics, Flight of the Conchords confabulated their way through an awesome in-store at Amoeba Records.

The show was a 6pm and there was no way Steve could make it from Culver in time… Amoeba shut down at 5pm to usher out the paying customers and pack in as many fans as the store could handle. So it was up to me, Mark, to walk down to Amoeba at 4pm, wait in line for a bit and enjoy some musical comedy as a warm up for The Office and LOST.

I got there relatively late but still had a decent place to stand… Here’s a wide angle idea of about how far away I was: 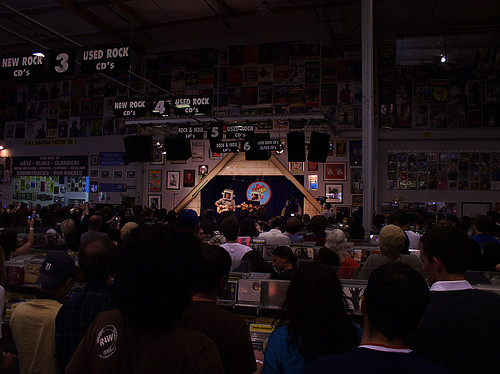 They wore the robot heads just for the encore. Here they are as they were for the majority of the show: 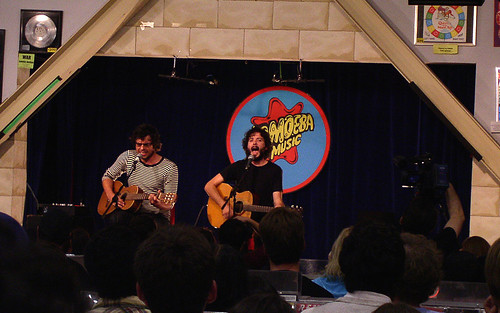 Setlist was as follows:

Which was followed by a signing… One autograph per person!

All in all, another splendid evening in Hollywood.

EDIT: Mutha Uckas was performed in there somewhere. I forgot to write it in my setlist.

3 thoughts on ““We got jams… it’s like a preserves factory in here.””