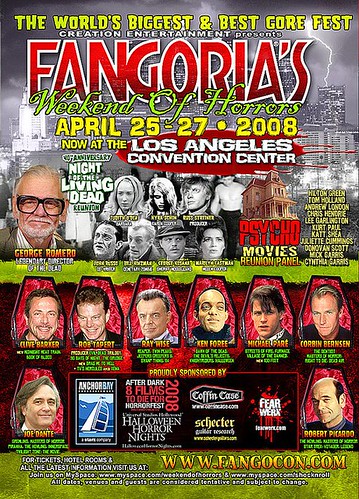 To all you LA Horror fans out there in “blog-read-land”, Fangoria magazine will be hosting their yearly Weekend of Horrors convention at the Los Angeles Convention Center. If you’ve never been, get ready for an overload of Horror, and Sci-Fi goodies, as well as a plethora of panels and signings with some of the greatest Horror masterminds of our time! Some of the guests on schedule to appear: 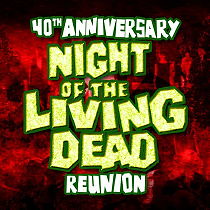 Also a big highlight at the convention this year is the 40th Anniversary Night of the Living Dead Reunion! This is going to be a big event on Sunday, so if you’re a big fan like I am, you may want to get there early to ensure a decent seat for the festivities! Be prepared to sit next to someone most likely friendly, but with small amounts of deodorant on!

Oh and of course, the important stuff:

2 thoughts on “Fangoria’s Weekend of Horrors convention, this weekend!”