Fortunately, three of the cars appear to have been parked, and the only fatality appears to be one parking meter. A second parking meter was injured.

From what I could ascertain at the scene, about an hour ago the driver of a Lexus hatchback lost control of their car while turning right Hollywood Blvd. from LaBrea. The vehicle rammed it into the back of a parked Kia mini-SUV , with the Lexus coming to rest halfway on the sidewalk, knocking over a parking. In turn, the hit Kia lurched forward, striking the rear of a grey sedan. The grey sedan was pushed forward, coming to rest against a palm tree but not before hitting a white sedan ahead of it, and sideblinding a parking meter.

Coincidentally, this all occurred two doors down from the military recruiting center where ANSWER LA is planning a protest this afternoon. 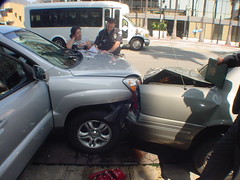 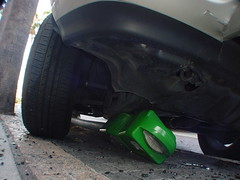 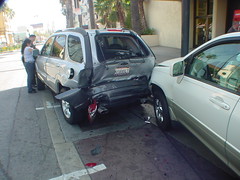 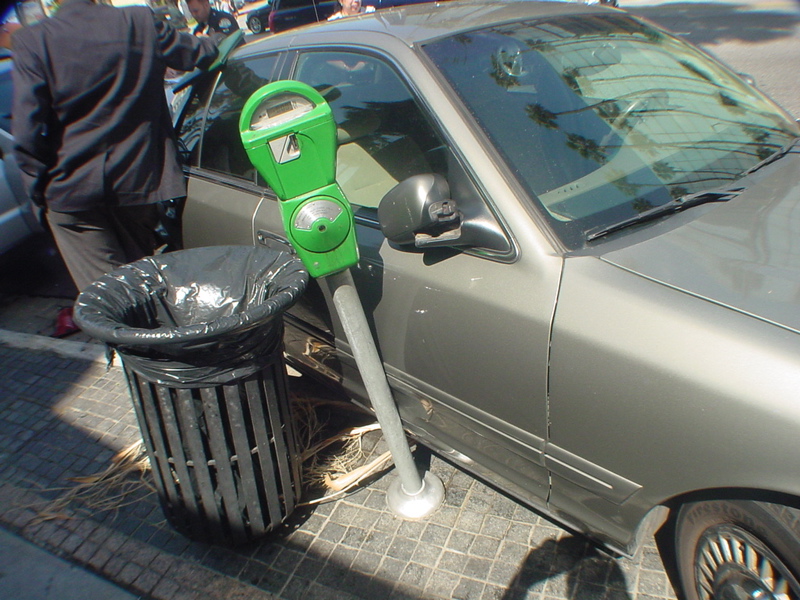 Anyone care to guess on a damage estimate?

4 thoughts on “Four car pileup at Hollywood and LaBrea”