This is the first Metroblogging dispatch from the CNN Debate at the Kodak Theatre in Hollywood. Keep an eye on the front page or our politics category for updates, or check out my Flickr page for more photos throughout the day. 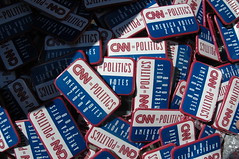 The streets around the Kodak are closed off, but pedestrian traffic is strong… mostly Obama supporters. As much as I’ve tried and asked, nobody seems to know where the Hillary supporters are… one rumor is that a couple have been spotted on Franklin.

Anyone wanting to take a peek at the action can visit CNN’s Election Express – a mobile marketing tour that has spent the last week in the Los Angeles area, including the 3rd Street Promenade, a Simi Valley Mall, and, of course, the Reagan Library. After today it makes one more private stop – a high school in Ontario – but today will be the last chance for locals to check it out.

The highlight of the Election Express appears to be a button maker, which is ironic considering the amount of technology attached to the bus. The bus also features a mock electronic voting machine that polls you on different issues, than makes a custom graphic symbolizing your choices. After answering some questions about the war in Iraq, it labeled me an “Elehawk”. Anyone can also leave a political message or whatever other scribble they want on their “graffiti board,” which already by 11am had some passionate screeds and, of course, a regular ‘ol tag. As I was leaving one girl was writing an endorsement for Kucinich.

After the jump, more pics from the Election Express. 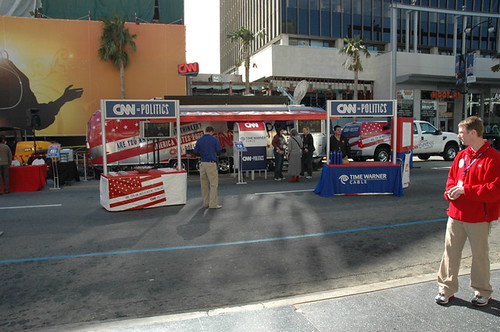 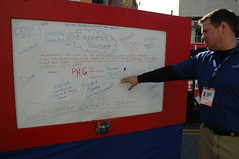 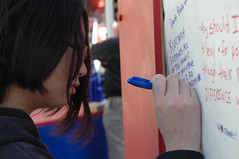 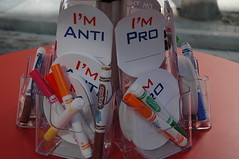 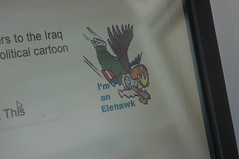 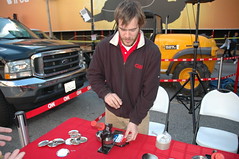 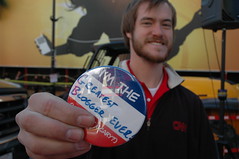 I had to make a button for myself. 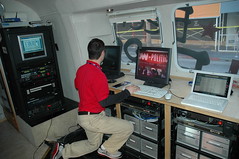 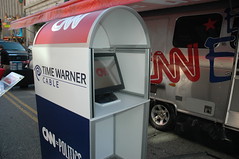 (Left) Inside the bus. (Right) Voting machines by Time Warner. 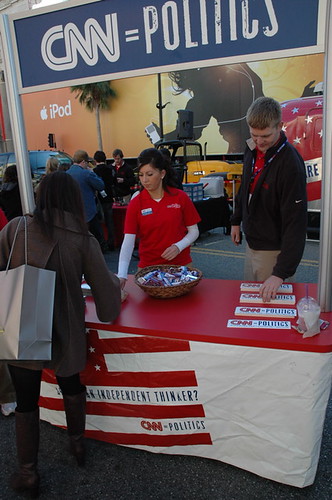