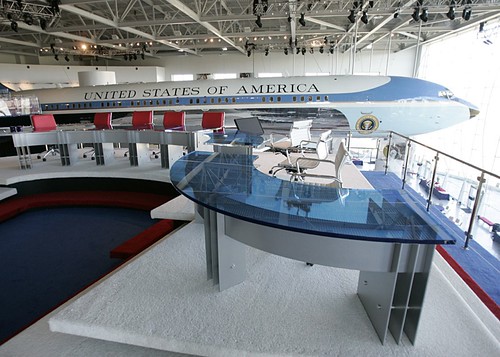 While they won’t be able to move the Air Force One into the Kodak Theatre for tomorrow night’s Democratic debate, CNN will be moving the desks.

After the jump, a few select stills from the site of today’s debate at the Ronald Reagan Presidential Library in Simi Valley, courtesy CNN. 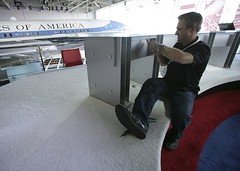 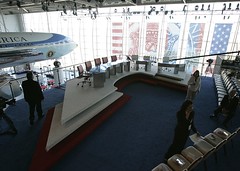 Crew guys never get enough press coverage – this one deserves credit for trying to figure out how to assemble the Ikea-like desk. Hope he brought more than a Phillips-head. 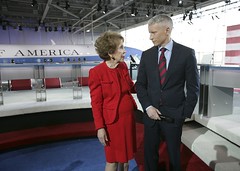 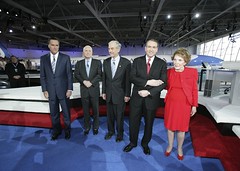 At left, former First Lady, Nancy Reagan, and CNN’s Anderson Cooper (right). At right, Mrs. Reagan with the two remaining candidates for the Republican nomination, and two other guys who still think they’re in the race.

7 thoughts on “How can you beat this backdrop?”