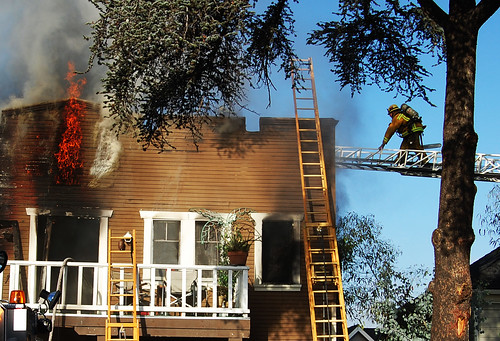 The Los Angeles Fire Department has been on its toes for the past 24 hours, with a number of structure fires and traffic accidents. Keep up to date via their blog and Google group postings.

These photos from Gregory Han, managing editor of Apartment Therapy LA, are from a fire at 1625 E. Lucile Avenue in Silverlake that began around 8am this morning. Diana Igawa with the LAFD posts that the knockdown time at this two story apartment building was 8:51am. No injuries were reported.

Originally Greg, who lives a block from the location, wrote that the fire was started by Christmas tree lights, then updated later:

According to a neighbor who lives across the street from the building, the fire may have been started by a kicked over candle on a stairway by one of the occupant’s “tweeker roommate”.

Big thanks to Greg for letting us use these shots. A bunch more after the jump. 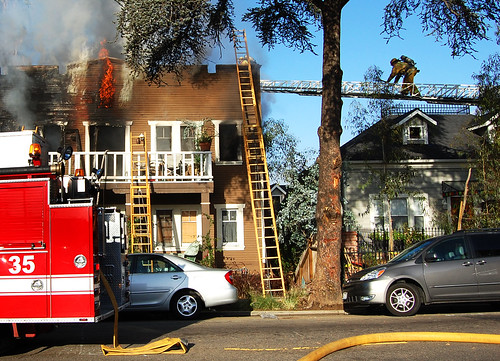 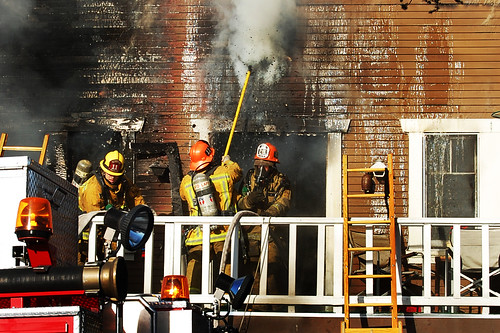 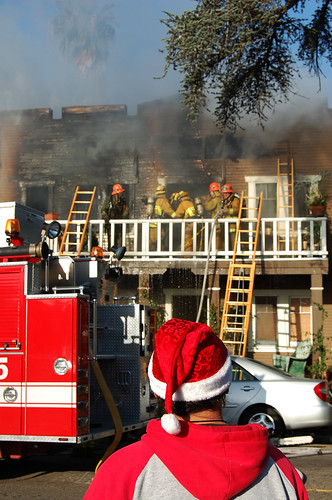 Greg points out that this is the infamous $5 Guy. 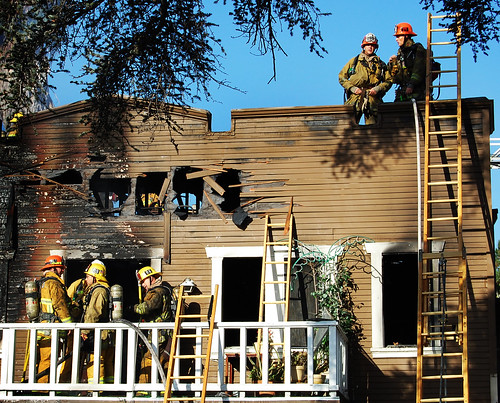 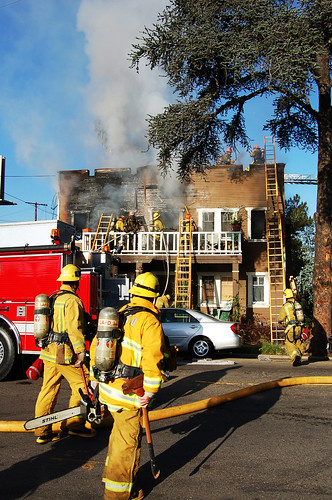 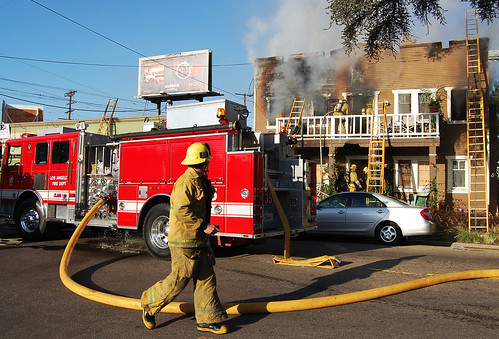 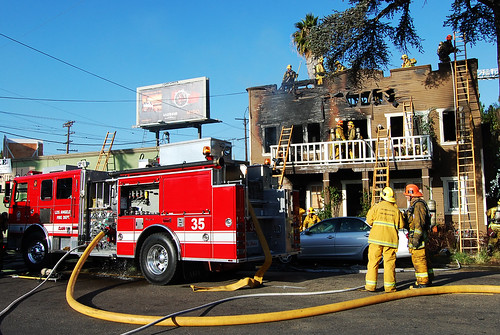 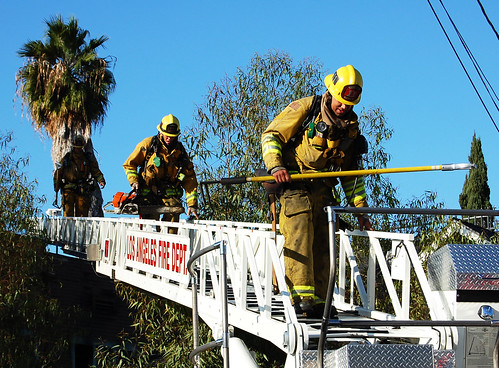 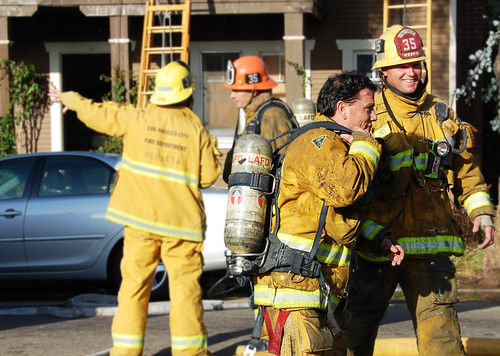 7 thoughts on “Fire on Lucile”