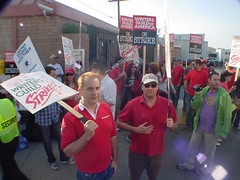 I swung by CBS Radford today to check out the WGA picketers. As reported elsewhere, there was a pretty decent buzz going on, everyone was cordial, and energy was up. Cars frequently passing by honked in support, and the Guild members whooped and hollered back in kind.

I asked WGA staffer Lynda Whittaker what non-members could do to show support. She suggested writing to studio and network presidents, and invited anyone to come join the picket lines. I may do that tomorrow, because my ulterior motive is to do what I can to end this strike before it postpones the next season of “Lost” any more than necessary.

While one actor friend told me she was harrassed by strikers who tried to make it difficult for her to drive onto a studio lot, where she’s working as a stand in, the picketers that I saw at CBS Radford were more than polite to traffic pulling in and out of the lot. Of course, I can only account for the half hour I was there, and things may have been different until one Guild member had one of his Nikes run over… with his foot in it. (FYI, Nikki Finke’s Deadline Hollywood Daily has been THE SITE for up to date strike news).

After the jump, more pics. LAist has coverage from the 20th Century Fox picket line. 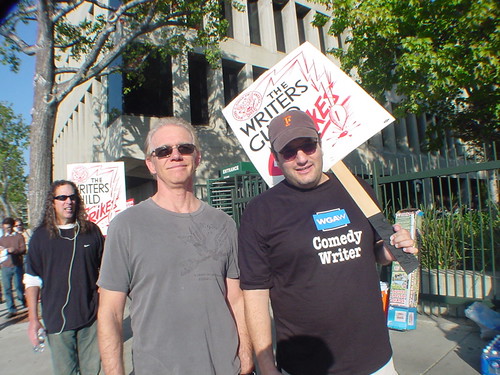 The guy on the right sure looks funny. 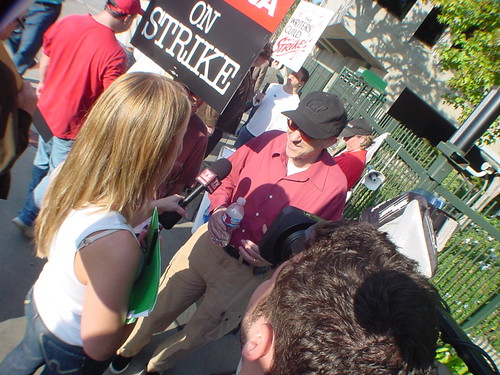 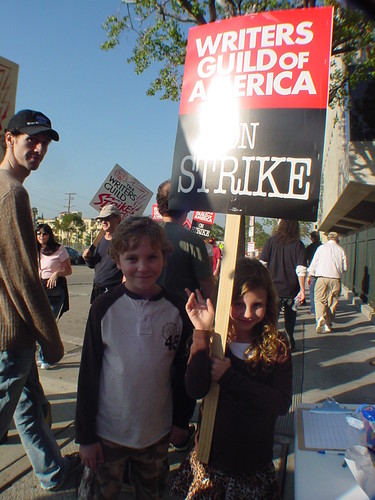 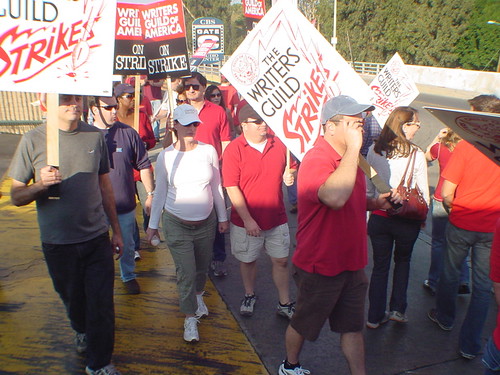 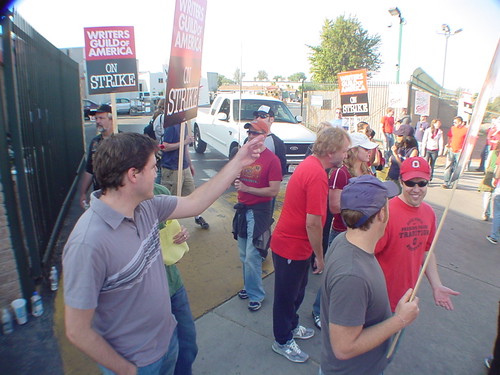 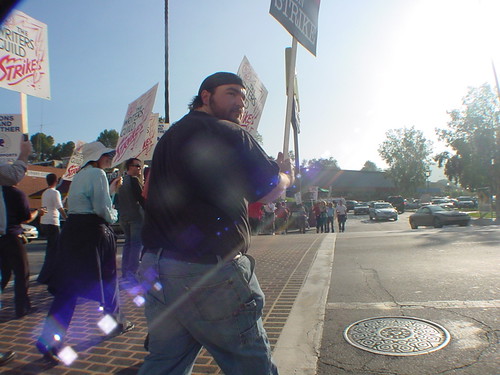 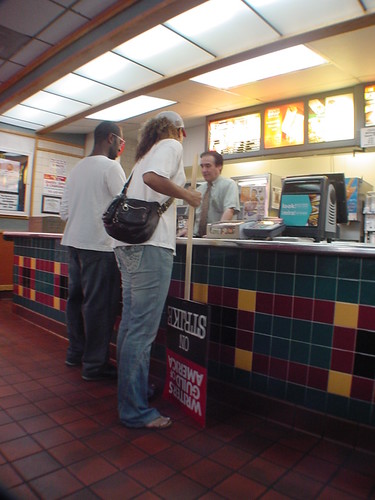 I’m guessing CBS Radford may be one of the more preferred picketing locations, as its less than two blocks away from Trader Joes, McDonalds, and numerous other amenities. 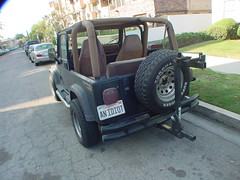 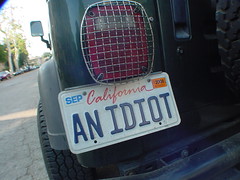 Perhaps a writer’s car? Or a producers?

One thought on “Steeeerike (day) One!”