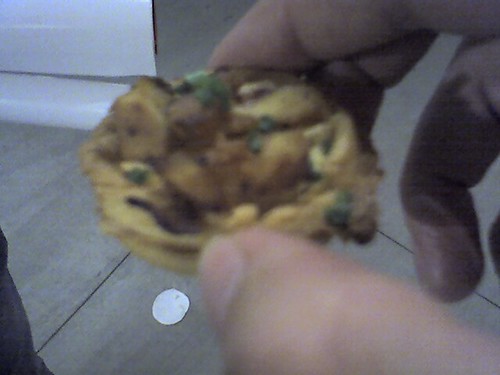 Edit: Oops! This was intended to go somewhere else but the magic of Flickr delivered it here instead. However, since you’re all probably wondering, this tasty morsel of Roscoe’s-inspired goodness was spotted, and devoured, at Nike’s Re-Run event last night at Ford Brady in Chinatown. And yes, it was scrumdillyicious.