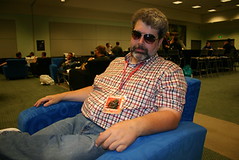 Just a quick report back from the “Fan Club only day” at the Star Wars Celebration being held at the Convention Center. In addition to a few photos on this post, you can see a bunch more on my Flickr set.

Photo at right wins my pick for best costume of the day. Lots of people dressed up here – not only members of the 501st working as security in stormtrooper outfits, but plenty of Princess Leia’s (even one in drag), Obi-Wans, and Tusken Raiders.

Even with the reduced crowds, the main hall with all the assorted vendors selling assorted Star Wars wares was relatively crowded – not unmanagable, but an indication of the crowds to come over the weekend. Possible a worse sign, is that the 6pm “Star Wars In 30 Minutes” show, seating 350, had over 700 people waiting in line. Alas, the powers that be immediately added a second show, but it was unlikely that they would still be able to accomodate everyone.

My tip for anyone coming over the next few days is to travel lightly…  you’ll likely end up buying plenty-o-merchadise of you’re a sucker like me. There are no lockers here, and the walk to your car from nearby lots will still take time, especially as you work the way through the crowds. Additionally, to avoid waiting in the ticket line, try and send a scout down the night before you head over to buy in advance when the lines are shorter. And finally, use the the online guides of schedules to familiarize yourself with what you want to do. Unfortunately, signage here is relatively poor, so if you can arrive early to quicky browse the layout, you’ll save yourself some frustration.

Anyway, I’ll have more over the next few days, but my initial assessment is that theres plenty to see for even an average Star Wars fan… and for $45 as good a value as a day at Disney. 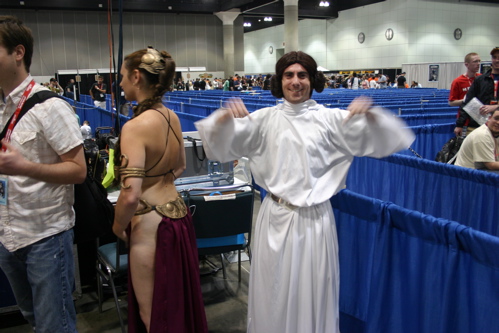 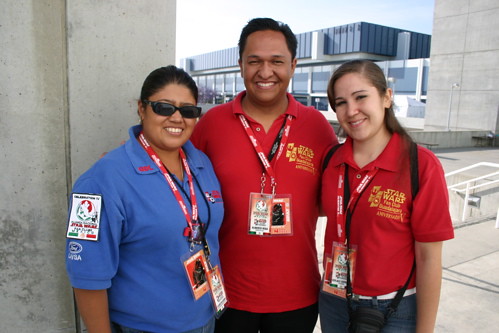 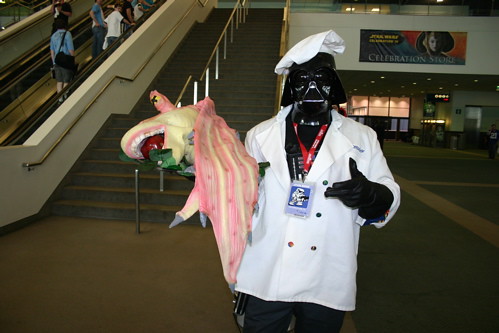 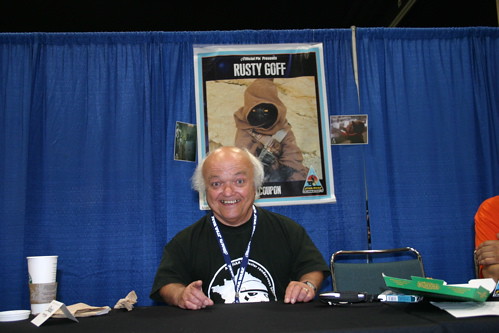 People were waiting in long lines to get autographs with the Kenny “R2” Baker, David “Vader” Prowse, and Peter “Chewie” Mayhew… but how could they miss Rusty Goff, one of the original Jawas? Those eyes are unmistakable!

One thought on “Star Wars Celebration – Fan Club Only Day”