I was informed that for the next four days our fair city has been renamed “Mos Angeles”, and there’s probably no better example of a Star Wars/Los Angeles mashup than the Vader Project art exhibit debuting at Celebration IV.

Some of the most influential underground artists were sent Darth Vader helmets and invited to use them as a canvas however they saw fit. The result is an oddly inspiring gallery that includes self-referential tributes to the trilogy, abstract interpretations, and a number of anti-war statements. By their very nature, all have a sense of humor.

After this weekend, the exhibit will tour around the world, and eventually be put up for auction (details pending).

After the jump, a few of my favorites, or click here to see my full set of pics… 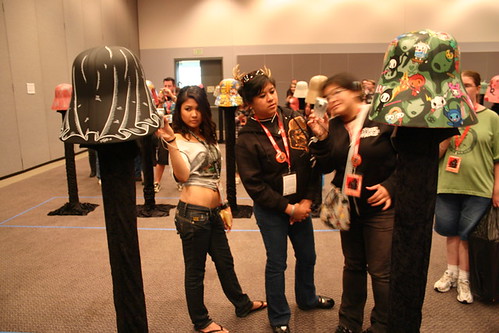 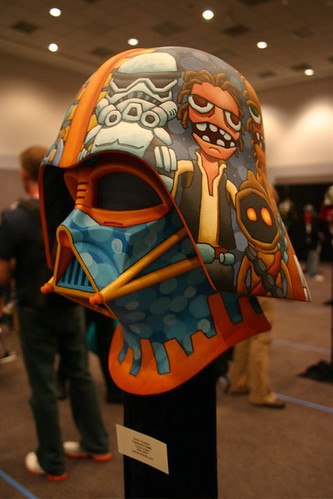 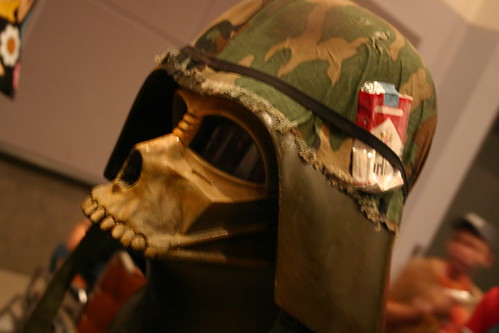 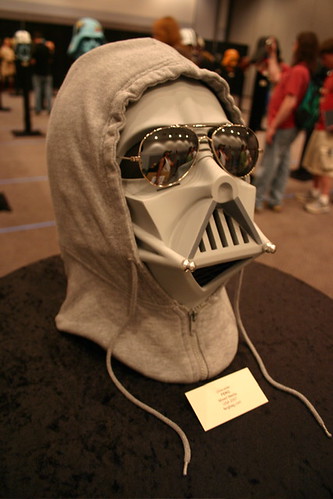 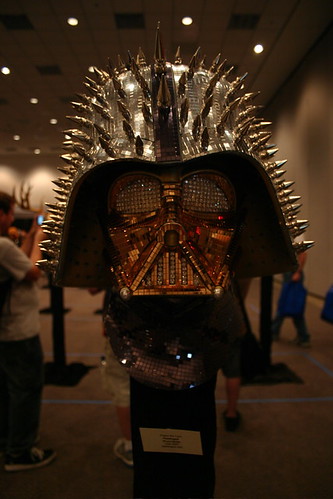 16 thoughts on “Darth Vader gets a makeover”