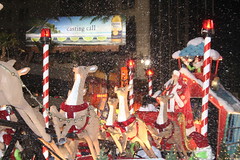 Hollywood cheerleader/City Councilman Tom LaBonge told the LA Times he was heartbroken. “I saw it as a child and as a teenager. I went as a young father and now as an official I’ve ridden in that parade.”

Both he and Council President Eric Garcetti hope another special event could be developed to replace the parade.

My suggestion? Set aside one month of the year for a moratorium on special events that could close off Hollywood Blvd. That would be special. That would be an event.

But I’m open to ideas. Anyone?

…source: Bob Pool at the LA Times…photo by actor_photog from the Metroblogging Los Angeles Flickr pool…