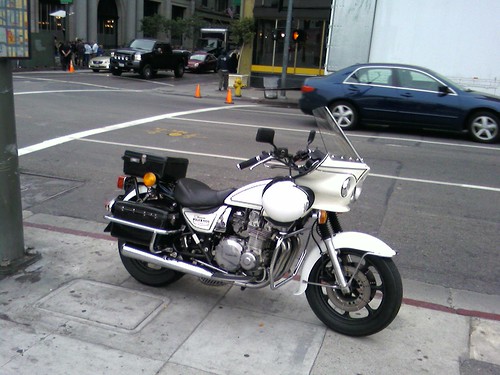 I just overheard a conversation which got me thinking – There’s a ton of filming going on outside of my office this morning and with it the usual “security” posted on all the surrounding corners. Two onlookers I walked past on my way in were arguing if the security guards were actual police officers or perhaps off duty police officers or just normal guards dressed up to look like police officers. Their uniforms and motorcycles are as close to looking like LAPD issue as they can be without actually containing anything saying they are law enforcement. So the question is, if these guys are not cops isn’t this pretty much impersonating a police officer? And if they are cops, why are they going so far out of their way to look like cops but without actually saying it? I’ve got some suspicions of my own but wanted to pose this to everyone else before I opened my mouth and said something completely wrong.