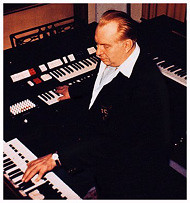 A top 25 list of Los Angeles urban legends would be remiss without at least one mention of Scientology, and, really, I don’t really care whether or not John Travolta and/or Tom Cruise joined so they could be cured of being gay.

What does interest me is the rumor I’ve heard for some time that L. Ron Hubbard was a Satanist, and that he based Scientology’s teaching on Satanism.

The story goes something like this: Back in the day, when L. Ron was a sci-fi writer, he used to hang out quite a bit with Jack Parsons, the co-founder of the Jet Propulsion Laboratory, and an infamous dabbler in the Black Arts. And occasionally Jack and L. Ron would rub elbows with The Beast himself, Aleister Crowley. Supposedly L. Ron was so entranced by Crowley and Crowley’s status as the leader of a “magical order” known as Ordo Templi Orientis (or O.T.O., as the kids call it), that he was inspired to create a religion based on what he learned.

To start, the major flaw here is that while the O.T.O. may be heavily involved in “black magick”, it isn’t Satanism, although the Satanism that was popularized by Anton LaVey in the late 60s was based heavily on the O.T.O.

“I believed in Satanism. There was no other religion in our house! What a lot of people don’t realize is that Scientology is black magic spread out over a long time period. It’s stretched out over a lifetime and you don’t see it. Black magic is the inner core of Scientology and it is probably the only part that really works. Also, you’ve got to understand that my father did not worship Satan. He thought he was Satan.” (source: Conspiracy Archive)

In 1969, after the London Sunday Times printed an account of Hubbard’s involvement with the occult, the church responded with a dismissal claiming that Hubbard was sent to Pasadena by Naval Intelligence to spy on Parson’s black magic operation, and proudly boasted that they brought about his downfall. They also tried to suppress the fact that Hubbard based his own religion, Scientology, on some of Aleister Crowley’s writing including specific symbols, his grading system, his use of hypnotic implants, and the concept of the OTO. Yet there are too many corroborated accounts to dismiss Parson’s version of the story..