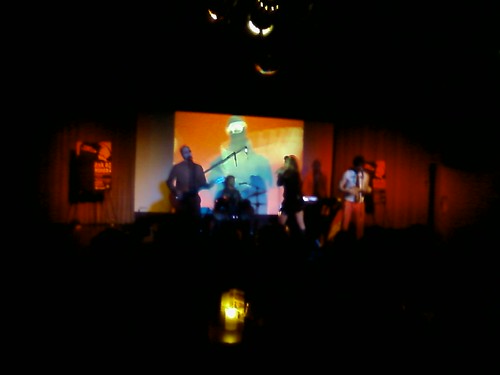 Yesterday, since it was officially Day of the Ninja and to cap off the other ninja events, everyones favorite stealthy killers from Ask A Ninja held a DVD release party at Cinespace in Hollywood. As you can see above Neu Tickles, creators of the catchy as hell Ask A Ninja theme song played in front of a big screen ninja. After they played the ninja himself cam up and played a few songs (a few more images after the jump) including a site specific version of “One Love” that, if I recall correctly went something like this…

“One Ninja, One Mack,
One Gmail account, with which to ask,
One Question, One week,
One website, for all of you geeks.

Actually that last line might have been “all of you ARE geeks” but it was hard to tell because of the ninja mask and that around the neck harmonica Bob Dylan thing. Really bad camphone pics after the jump. 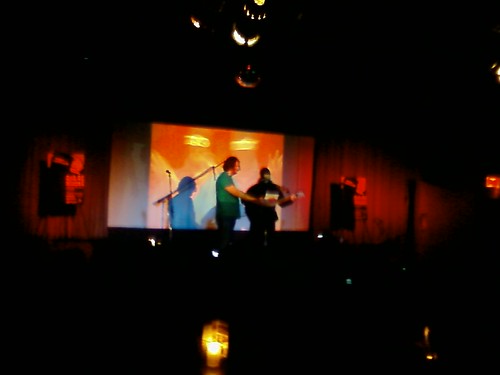 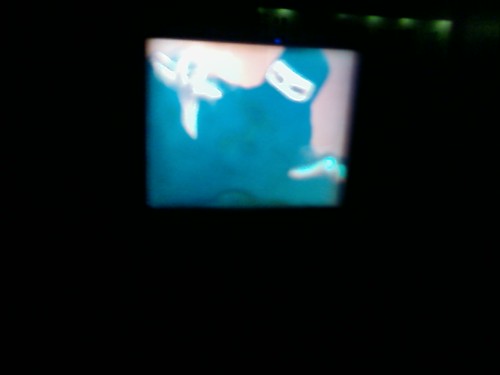 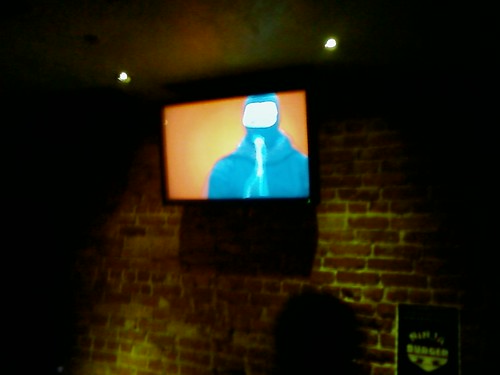