Over on BB, Xeni just posted some old school data center photos from a building in downtown LA. I love these things, and love thinking that my phone probably hold more data than that entire room: 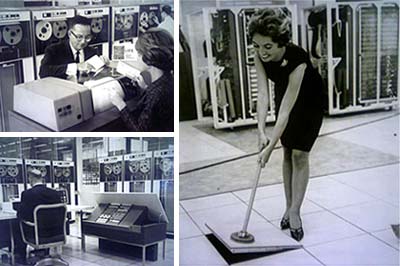 Check it out, Donna Reed led a secret double life — as a plunger-wielding sysadmin! Here’s a series of ‘found’ ’60s-era snapshots from a data center in Los Angeles. They were accidentally discovered in a closet at that same facility, decades later, by a Boing Boing reader who asks to remain anonymous. They’re like a time capsule from our mainframe ancestors.”

Larger versions of the images on Boing Boing