In celebration of that most 1950’s-esque, American-as-apple-pie, Eisenhower-and-nuclear-family-ish holiday that is Memorial Day, here I present a triptych of three Valley homes, all built in the ’60s, in the same subdivision, on the same template, and now all drastically different from one another.

END_OF_DOCUMENT_TOKEN_TO_BE_REPLACED

Found in the east Valley (gets hella bigger with a click):

I particularly enjoy the hard horizontal line of the edge of the roof, occasionally broken as an awning extends forward; the vibrant blue of the stucco; how the grey of the roof matches the windows in shadow; and, of course, the grid of thoughtfully-placed lawn ornaments, almost as though a tiny little cemetery had been built into the front yard & each grave marked by a fake Canada goose or potted plant.

Behind the jump, a gem of a find…: END_OF_DOCUMENT_TOKEN_TO_BE_REPLACED

In my ongoing series of Random Valley Front Yards, I’ve been trying to express to everyone who reads LA Metblogs the joy I find in looking at all the different houses in suburbia. While to many cruising the streets of the Sam Fernando Valley looking at house after house seems like one of the levels of Hell, I confess I am absolutely fascinated by the way in which tract homes, initially indistinguishable from one another, transform over time as homeowner after homeowner places their personal touch on their own little postage stamp of Los Angeles.

Because the age of the house plays a large role in how differentiated from its neighbors it becomes, I usually find the older sets of tract homes, many built between 1940 and 1960, to display the greatest variety. But sometimes the very design of the home — from “birth” — makes it unique.

On and around Hollywood Way in Burbank, a set of early tract homes built with rustic brick fireplaces and unusually slanted front windows has been partially erased by later developments. The exposed brick of the fireplaces serves a greater-than-utilitarian role in giving the house the appearance of a Hobbit-ish residence, and on almost all the homes an angled front window slants skyward slightly, creating what I’m sure is a nightmare for anyone trying to hang curtains on the inside…

END_OF_DOCUMENT_TOKEN_TO_BE_REPLACED 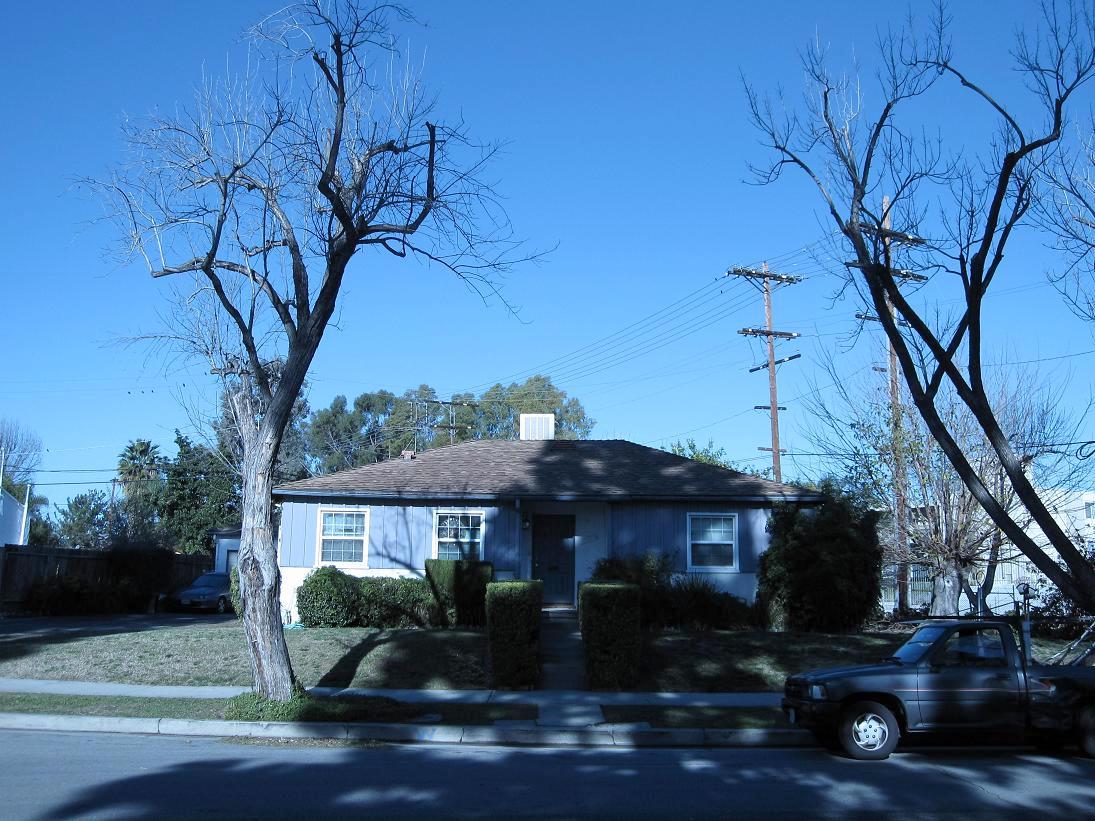 so much depends
upon

beside the white
chickens.

END_OF_DOCUMENT_TOKEN_TO_BE_REPLACED

Now I know the Los Angeles area housing market has crashed.  According to Dream Homes Los Angeles Magazine (which isn’t really a magazine, just a collection of glossy “homes for sale” ads), this home on uber-property Carbon Beach in Malibu is going for the fire sale price of $32 million.  In the back is an 80-foot stretch of “Billionaire’s Beach.” That comes to just $400,000 per foot of shoreline.  I think I’m going to sell my stock in sand.

AP reports that a giant parcel of land around the Hollywood Sign is up for sale, and that a wave of protest is building to preserve it. Residents, politicians and pundits worry that the land’s sale would pave the way for unwelcome development, but the city apparently can’t just buy it. The asking price of $22 million is a smidge above the legal cap of $6 million the city can pay. Should we start a collection?

It’s hard to imagine a world that would let this happen, but the cynic in me worries that it will one day become the AT&T Hollywood Sign. I suppose we could just let Heidi Montag pay for it, which would be fine as long as we don’t mind changing it to “Heidiwood.”.

Maybe they’ll put in a Pinkberry.