I made my first trip of the season to Dodger Stadium last night and I can’t believe I waited more than a month to get there. I’ve been to many ballparks and Dodger Stadium is my favorite place to see a game. Of course it’s not the first place I saw a big league game, that distinction belongs to Shea Stadium. Those of you who have never had the displeasure of a game at Shea are better off not knowing what you’re missing. But if you must know what Shea is like, imagine a rats nest inside of landfill of burning tires and surrounded by junkyards. Because I didn’t know any better, I loved that dump.

I attended my first game at Shea in 1984, not with my dad but with the patrons of a local bar who had managed to commandeer 30 tickets and a school bus. When the school bus full of grown men pulled up to our house my mom had no problems telling me to get on board. That night there was no score-keeping, no home runs and no catching foul balls. There was lots of drinking, fighting, and one instance of a school bus getting pulled over. At some point that night the Mets played the Expos too; since this was the brief period when Pete Rose was an Expo I got to yell “Pete Rose sucks” repeatedly. My first game and I jeered the guy with more hits than anyone in history. To be fair, I told every Montreal player to fuck off at some point that night as well as many of the Mets, but you have to understand that at ten years old, I had a problem holding my liquor.

More baseball and bad behavior after the jump.

END_OF_DOCUMENT_TOKEN_TO_BE_REPLACED 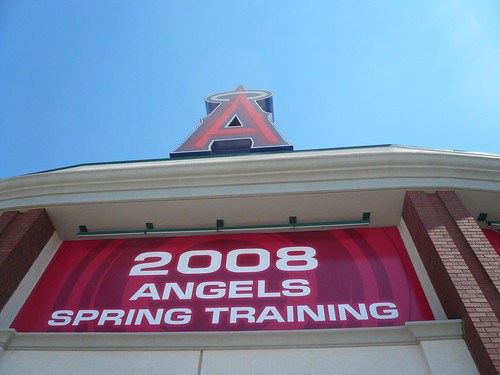 This was my first time to Spring training, and a couple of impressions and more pix after the jump. END_OF_DOCUMENT_TOKEN_TO_BE_REPLACED