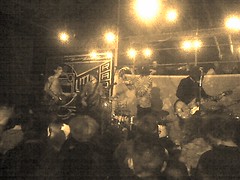 barely got to know ya… after only 36 hrs, we’re back on the road home to Portland. a whirlwind trip at that. our second show of the Brian Jonestown Massacre at Little Radio was amazing. the band came onstage around 12:30am and played until 4. during the set they did take an interlude to restring a couple of guitars, but the whole time, the music played on. members of BRMC were in the house and there were many clamoring for a cameo which never came to pass. an amazing show.

on our way down, I know I drove fast, but not fast enough to elude the rain. sorry, it follows us Portlanders.

thanks again for the great memories, both good (the Getty, Musso and Franks, Cheebo, Little Radio) and bad (car got keyed and hotel shower didn’t have hot water.) we’ll definately be back in the near future. 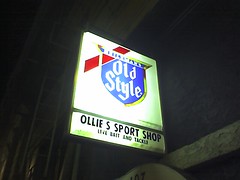 We’re on our way to the second show and fellow travellers suggested we meet at Ollie’s downtown. In our quest to find the place, we ended up off skid row and little Portlander got a wee bit frightened. I had my foot on the gas the whole time.

Ollie’s was totally our scene with great cheap beer and a great vibe. We had two goblets of Miller High Life- the champagne of beer. Off to the show!

So, we’re headed to Pacifica tomorrow. Which is the best route? I5 or 101? Thanks. 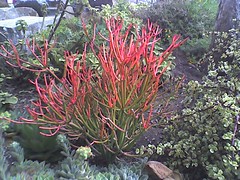 Is amazing. The whole place is amazing for $7 parking. We don’t have free museums in Portland. :( We did a partial garden tour and learned about some of the exotic trees and archtectural features of the gardens. It reminds me that gardens aren’t defined by plants alone. There can be sculpture gardens, rock gardens etc.

We ventured into the special Courbet landscape exhibit and were not disappointed. We’re relaxing for a minute in the sun and nice breeze getting ready to check out more.

Need a recommendation on Indian food in West Hollywood. Anything? Thanks. 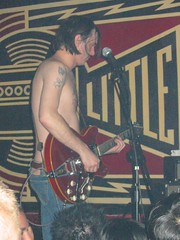 wow! what can i say. i’m not even a hardcore BJM fan and I said WOW! the sound down at the Little Radio Warehouse was amazing and the band sounded spot on. All the members were back from when we saw them last in the NW last fall – Ricky, Frankie, Colin, Dan and Anton (pictured here.) They played every one of our favorite songs and more – When Jokers Attack, Open heart surgery, Let me stand next to your flower, Evergreen, Going to hell, You’ve been disconnected… and many more.
Thank you Anton for showing LA what you and your band can do. Thank you Little Radio for having such a kick ass venue!
The opening band – Bright Channel- also did not disappoint and I look forward to seeing them again this evening. YES, we’re going back tonight (Saturday) for the second show. Hopefully, we’ll be entertained at the caliber that we saw this evening.
nighty night (or good morning for some of you.) 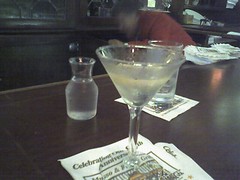 Yes, its me, the guy taking all the pictures while walking down Hollywood blvd. Wow, now that is a scene. i love the stars- even found Chuck Norris. We walked awile, trying to get the 13 hr drive out of our muscles. After awhile, we ended up at Musso and Frank Grill for some old school gin martinis. What i love about thier martini’s is you get the martini and a little friend to tag along.

Ok- some requests from you natives- what should we do on saturday? We’re on Sunset and Poinsetta- where should we go for breakfast? Thanks. 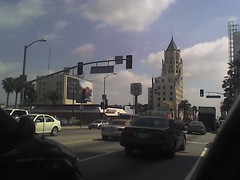 LA is beautiful! The I5 corridor is lush and green and so warm – 79deg. Coming from the land where it seems to have rained since october, this is heaven. We did the grapevine with no issues or traffic and came into town via I5 and 101 to where we are staying. We’re up here in West Hollywood or as i understand it is called – WeHo. Hopefully we’re not in a sketch part of town.

We’re gonna venture out for food and drink and then to the show. You coming? We came all the way down here to see the Brian Jonestown Massacre at Little Radio Warehouse tonight and tomorrow night. You should join us. I’ll be the one with nice chops! 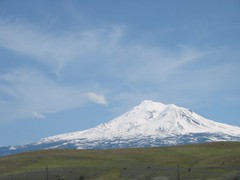 guest blogger here from the “canada of California” – Oregon. we’re on the way down for a wonderful fun filled weekend and a couple of shows at Little Radio. we’re about 290 miles out and getting excited. see you soon LA.