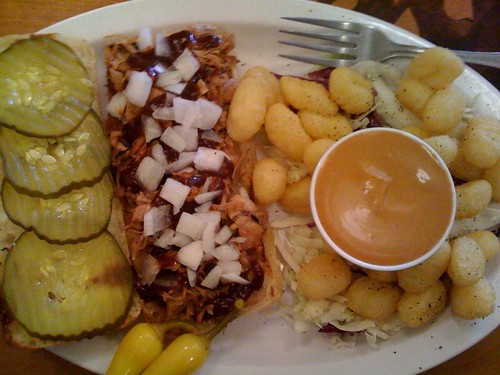 I just heard something horrible. Apparently Pure Luck has been sold and will be shutting down and reopening as a wine bar sometime in the next month. I just called to try and confirm this but there was no answer, but the tip off I got seemed pretty legit. This is terribly sad because Pure Luck has become legendary in the vegan restaurant world and I know more than a handful of people who make it their first stop when they visit LA, and it’s probably the restaurant I’ve eaten at more than any other in the entire city. The thing that bums me out is that it’s obviously a very popular place and while I understand as a business owner sometimes you just need to move on, I can’t believe that someone wouldn’t have wanted to take over the existing business. The following that place has is dedicated, and that won’t translate to a new establishment. Such a bummer if it’s true.

So, if you want potato pals or plantain tacos, you better get over there ASAP.