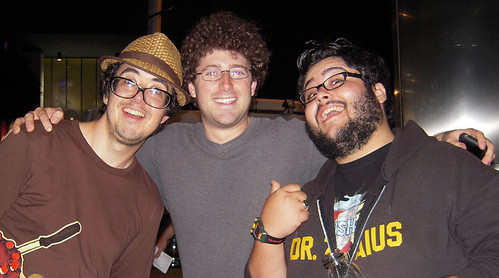 Hello, friends! We were on hand for The Dark Knight midnight movie madness at the spectacular Cineramadome/Arclight! Crowds abound and news crews were there to point bright lights and cameras at them with the intent to annoy and interview those of us in line. There was also some kind of butt-tasting ice tea drink being bandied about, but the price for tasting it was to pretend on camera that the vile liquid was indeed delicious. It was not.

While we were in line, waiting patiently for our free shirts, which is the only reason to ever line up at the Arclight (what with it’s assigned seats and all), Steve spotted a familiar face strolling on by; Odd L.A. Spotlight Superstar – Andrew Goldenberg!

We hung out a bit, spoke in tones only nerds can hear and before Andrew split to meet up with his posse, Mark-and-Steve-keteer Jody snapped a pic of the three us and recorded the moment for the ages. 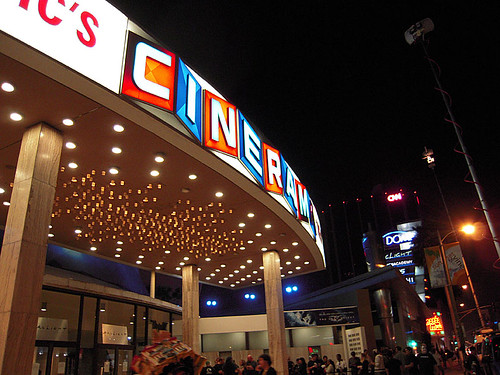 Here stands the Dome, in all it’s glory. That big pole-thing with the wires wrapping around is one of the many news crew antennas. Clueless pedestrians ambled by and queried people standing in line, dressed as the Joker, who were standing directly underneath a poster promoting the movie, a poster prominently featuring the character whom they were dressed as, “What’s this all for?”For proof, look below! 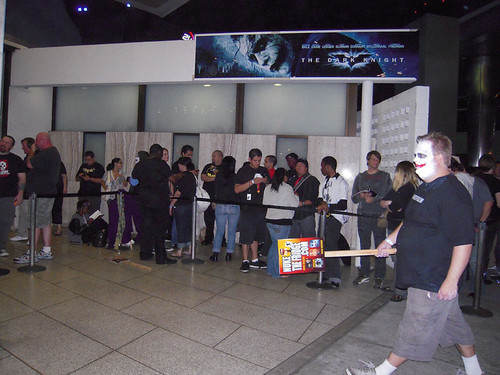 A closer view of the front of the line. There walks a face-painter, fresh from being asked what all these people were lining up for. We still didn’t really understand why so many people showed up with suntan lotion on their faces. I mean, it was 10pm. Were they afraid of the harmful night time UV rays!?

When we got there, the line wasn’t all that long, so we ventured into the lobby for a bit to see what they had on display. 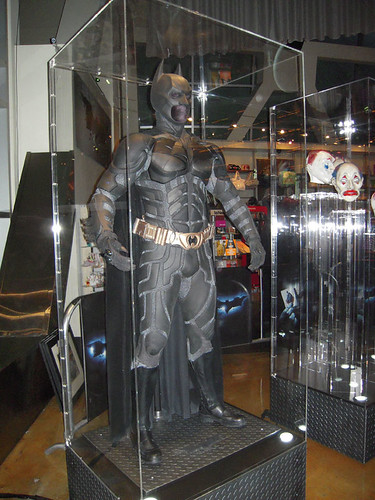 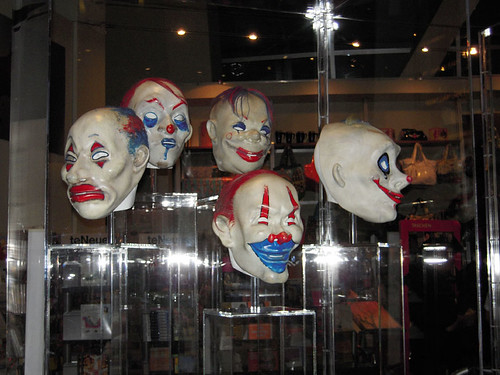 Joker gang masks… kinda like the Insane Clown Posse, except not totally stupid and lame.

And last but certainly not least, The Joker costume. All custom made, complete with knives and lint! 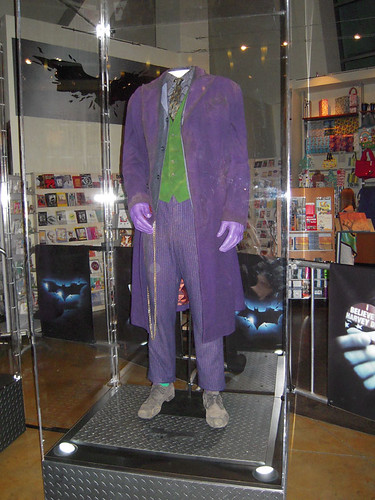 Finally the nerds have something else to shabbily recreate and don for Comic Con, besides shitty Jack Sparrow.

All that was well and good, so we decided to head back outside and secure our standing in line to ensure we got a free t-shirt, the paramount prize at any sort of large event. 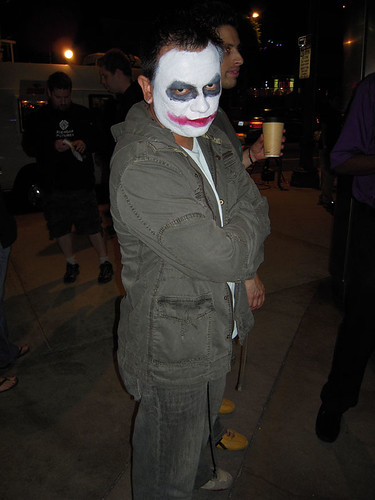 We were lucky enough to stand behind this cancer conscious Bat-fan. Can you guess what he smelled like? Hint: It rhymes with “shit” 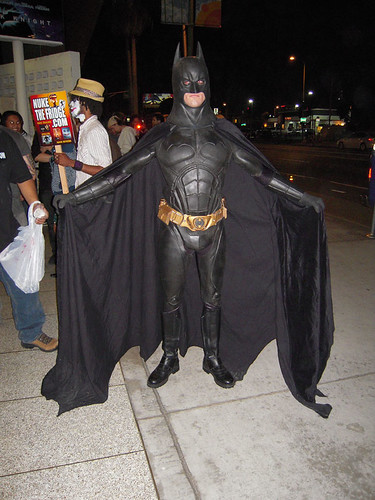 Batman himself showed up and decided to teach everyone the only proper way to display bed sheets in public. 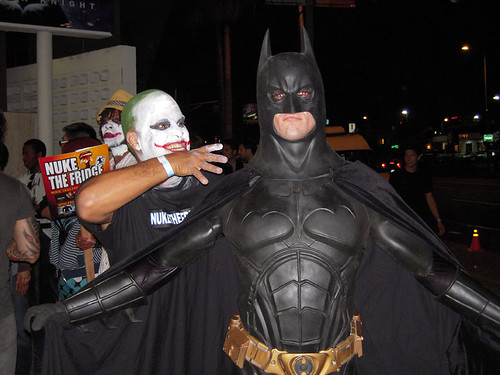 During the demonstration, some heavily lotioned man sneaks up from behind to crinkle and crease an otherwise immaculate bedspread… and possibly, to rub suntan lotion on our hero’s otherwise unreachable areas. 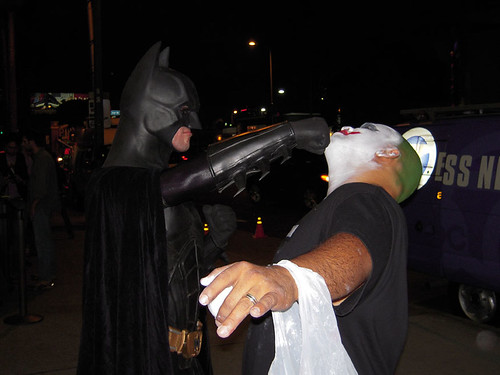 Batman leaps into action! Gently rubbing his assailants slippery chin with his knuckles and silently cooing, “There was a time when men were kind…” 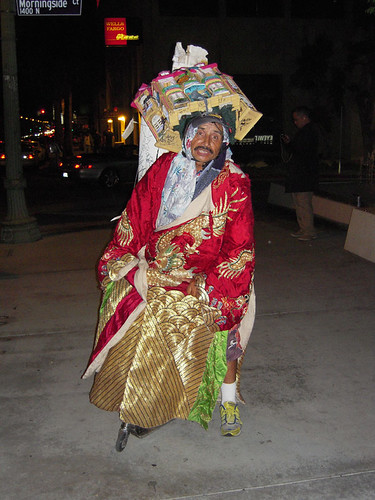 Suddenly, from out of nowhere, a disheveled Queen Amidala Razored over and pleaded with the crowd to donate money and help free Naboo from it’s unlawful occupation by the greedy Trade Federation. Local Gungans were not on the scene to comment…

At this point, the theater began to let everyone in. You know what comes next! We received our awesome, free t-shirts, piled in to the coconut-scented theater, removed each others pants and proceeded to allow Christopher Nolan to fuck our eye-pussies with his throbbing, veiny bat-peni!