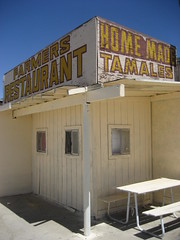 As a child, my exposure to Mexican food was pretty much limited to Taco Juan’s in Woodstock, New York, where they served what my husband and I refer to as East Coast Tacos: hard shell, iceberg lettuce, shredded orange cheddar, black olives, and that “taco sauce” stuff that is basically ketchup, or hot sauce bred with enchilada sauce, all flavor somehow removed. Plus hamburger meat or pinto beans.

I did not like avocados, hot sauce, or sour cream.

I learned to love avocados in my late teens. I like to eat them with a spoon, sprinkled with salt and lime juice. Soy sauce or Bragg is also nice. Don’t you judge me.