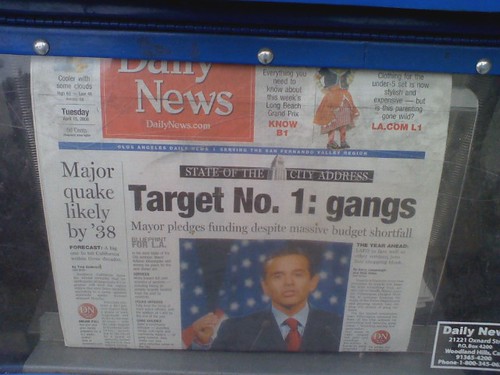 Am I the only one who is getting sick of hearing everyone talk about the gang problem and all the ways they are going to fix it, rather than actually fixing it? I mean, how long has LA had a gang problem, and since then how many times have people talked about what a big priority fixing it is?