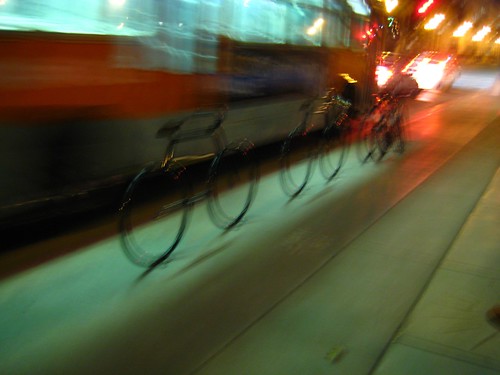 Cycling my way up downtown via Main Street last night I happened upon these three bike-shaped bikeracks on the sidewalk in front of the Caltrans headquarters and putting my cam on blur mode paused to pixelize them for posterity.

As a mere interloper in the area I should have known that I wasn’t discovering anything that Blogdowntown’s Eric hadn’t already seen and documented.