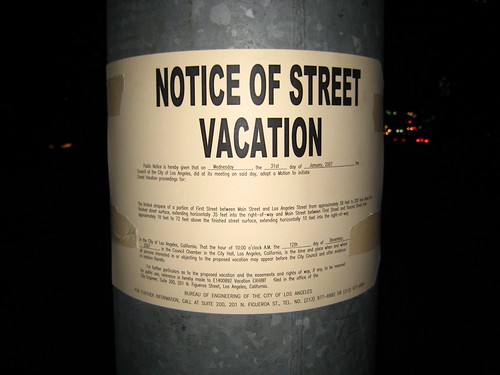 This posted “Notice Of Street Vacation” at the corner of 1st and Main caught my eye almost immediately after the bikes racks mentioned in my earlier post today. And while the language of the first paragraph was pretty cut-and-dry in explaining that last January the City Council adopted a motion to commence “Street Vacation proceedings,” the second paragraph delineating the boundaries of said street to be said vacationedo lost me. Big time:

6 thoughts on “Gimme A Sign: Streets Need Time Off, Too”