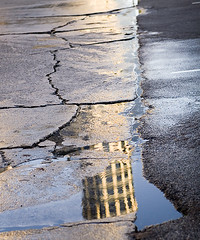 Joseph Mailander quits Martini Republic. WTF? I thought Mailander WAS Martini Republic… this deserves more than a bullet point, but for now you can check out Joseph’s new temporary blog. Mayor Sam breaks the news here.

Jill Leovy of The Homicide Report has a first hand account of what really happened at Tuesday’s protest and police actions.

I’m a month late on this, but Gridskipper’s Amanda Kludt has an “Entourage” guide to Los Angeles. Locals might yawn, but a nice reference for tourists or to visiting friends and family.

Free movies and parking from 12:15pm to 9:20pm today at Universal CityWalk. Caroline on Crack says its all to show off their “wall-to-wall-to-wall” newly remodeled AMC theatres. Movies include 300 in Imax, Blades of Glory, and Disturbia.

Comedy writer Opus Moreschi, who you may recognize as the tall guy in Woody Allen glasses, suspenders, and loud ties, has a new blog where he documents doing something new every for a year called All New Year. such as eating corn lollipops, “attempting” to get into a fashion industry party, skydiving, and “hypothetically” smoking pot.

2 thoughts on “Sweatin’ Bullets: The Upside Down Leaning Tower of Library”